A Matter of Timing

When private investigator Harley Trencher gets hired for a job…it’s usually required that he complete the assignment…so when he gets a large retainer and then is told to keep the money and stop looking for more information….his instincts tell him something doesn’t seem quite kosher. Follow Harley and his new found side kick as they travel from Texas to Greece to England to Germany to solve a fraud case involving millions, assassins, crooked lawyers, nuns, and oh yes…Julius Caesar and Pope Gregory. You won’t be disappointed. 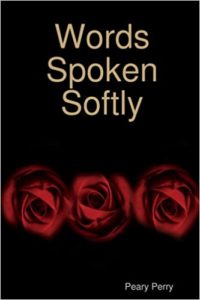 If you’ve read “Loving and Liking Aren’t the Same”…you might think the author is two different people. And in a way you would be correct. This collection of works of poetry are the result of the author after his marriage and love for his wife was restored.

Loving and Liking Aren't the Same 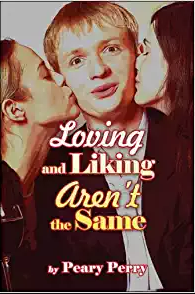 Loving and Liking Aren’t the Same, by columnist and novelist Peary Perry, is Americana poetry at both the belly-laugh and the catch-in-the-heart level. From the surprising devotion in “Saturday Whale Story” to the what-if of “11:23,” the style ranges from rollicking cowboy ballad to free verse at its most spare. In between, “Herman Fritt” only smiles once compared with “Edgar” the wily horny toad. “Ruby” is a young man’s happy first sexual lesson, while “Bad-Time Woman” and “Women & Whiskey” reveal lessons learned. Who cannot chuckle at “Ode to a Geometry Teacher” or get teary-eyed with “Anniversary Story”? Who can’t immediately understand “N. O.” or recognize why “Dye Job” is a spouse’s worst nightmare and “Your Turn” is not? Funny, sentimental, high-spirited, poignant—the insights reflect life and the degrees of love we all find sometime or other. 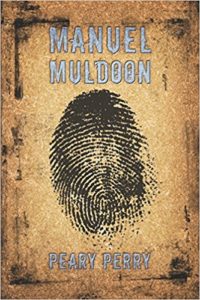 At night, Manuel Muldoon, a magna cum barely high school graduate, dreams of two things: leaving Marshlake, Texas, and becoming a successful mystery writer. By day, the often-belittled half-Irish, half-Mexican young man is houseboy to the town’s first family of banking: Robert and Nancy Sturmwell and their spoiled daughter Miss Victoria, and sometimes Robert’s nephew Jeff and his beautiful wife Erica. With the family away on vacation, Manny agonizes over his first novel and revels in the peace—until the family returns, and a contractor sees an arm sticking out of the unfinished swimming pool wall. Framed for one murder, implicated in another, Manny confides in Vicky while evading police and the murderer on a fast-paced, dangerous trip to uncover the truth. A sleepy Texas town, drug money laundering, a jealous roommate, a crooked banker in league with a crooked cop, and a naïve writer-to-be converge in Manuel Muldoon.