So if you were thinking that the Model T Ford was the first mass-produced vehicle, you’d be wrong….it was the Model N…cost $500 in 1906.

Speaking of Ford Motor cars….all Fords were black until 1925…then you could get them in green and maroon as well as black.

Coke as in Coca-Cola has had many different slogans over the years….the first one is a little hard to swallow….it was sold as a “Esteemed Brain Tonic and Intellectual Beverage.”

So, what’s the name of America’s largest corporation named after someone’s daughter? If you said Wendy’s hamburgers…you’d be wrong again…It’s Sara Lee, named after the daughter of Charles Lubin who started the Kitchens of Sara Lee in 1951…

The average 160 pound person has a skeleton weighing just over 29 pounds…That’s me…..heavy bones.

Shows you that you can never be too old to start……famous actor Sydney Greenstreet…..made his screen debut at the age of 62……

Indiana Jones……so what was his real first name in the movie? Henry.

I love these….what is the origination for the family name of Walker? Came about during the Middle Ages…..it was used to describe someone who cleaned cloth for a living.

How about this? A car’s dashboard got it’s name from the fact that in horse and buggy days, dashing horses kicked up mud on the passengers….the dashboard was designed to protect everyone from getting dirty.

Ever use the word zeedonk? You would if you were trying to describe the offspring of a zebra and a donkey.

What’s the name of the dog on the Cracker Jack box? Come on…it’s Bingo. You knew that.

Did you realize that Norway eats more spicy Mexican food than any other European county?

Bet you didn’t know that John Lennon’s middle name was Winston…..Mother named him after Winston Churchill

The largest city in the world north of the Arctic Circle is…..Murmansk…as in Russia….sounds cold, doesn’t it?

The duffel bag….where’d that name come from? From the Belgium town of Duffel…that’s where the original material was manufactured.

If you went to college to study oology….you’d be studying bird’s eggs……didn’t know that did you?

Along those same lines…if you study the effects of thunder…then you’d be involved in the study of brontology.

Can you name the real voice behind Miss Piggy when she sang in “The Muppet Movie”…..none other than Johnny Matthis.

It was Julie Andrews who was quoted as saying…”Sometimes I’m so sweet, even I can’t stand it.”

The first vending machines in the country sold chewing gum…first installed in 1888, found them in the railway stations in New York City.

Denmark lays claim for having a flag that has remained unchanged for the longest period of time.

Bet you didn’t know that the Congo River flows both and south of the equator. It crosses the equator 2 times.

People bashing people over the heads with the art of Judo obviously don’t know that the name really means….”The Gentle Way.”

Blue M&M’s came out in 1995…they replaced tan ones…Mars candy took a vote to see if which color was the most popular.

The nectarine is not a cross between a peach and a plum….lots of folks think that, but ain’t true.

You knew that Hawaii is the only state that grows coffee.

Along those same lines…the banana is the worlds largest herb. I didn’t know that.

Carly Simon sang a song called “You’re so vain”…..big hit in 1972…who was she talking about? Thought to have been Warren Beatty.

So if you wanted to walk to the top of the Empire State building you’d have to climb 1575 stairs…..

The Man of the Year on Time Magazine for 1952 was …none other than Queen Elizabeth….was her coronation year…..

How was the 3-mile limit for territorial limits arrived at? It was the maximum distance that a cannonball could reach at that time.

If you suffer from pogonophobia….you’d best not be around men with hair on their face…..that’s the word to describe a fear of men wearing a beard.

You know that a bibliophile is a collector of rare books…….so what’s a bibliopole? He sells those books that are rare …..

The Xerox machine that cranked out the first copies some 40 years ago did so at the amazing rate of seven per minute…40 years ago…seems like yesterday….

You stopped seeing something on television as of December 31st, 1970…any idea what it was? The cigarette commercial…..

So, besides the Oldsmobile car, what else did Ransom E. Olds invent? The power lawn mower.

How many decks were on the ark that Noah built? 3…look at Genesis 6:16 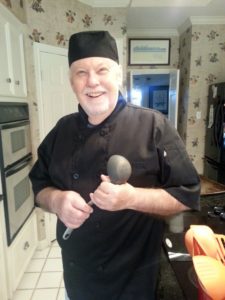 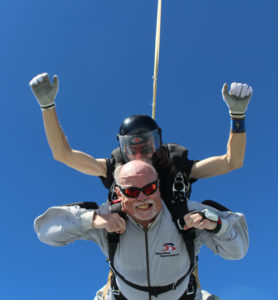 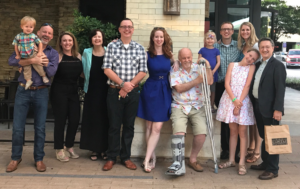